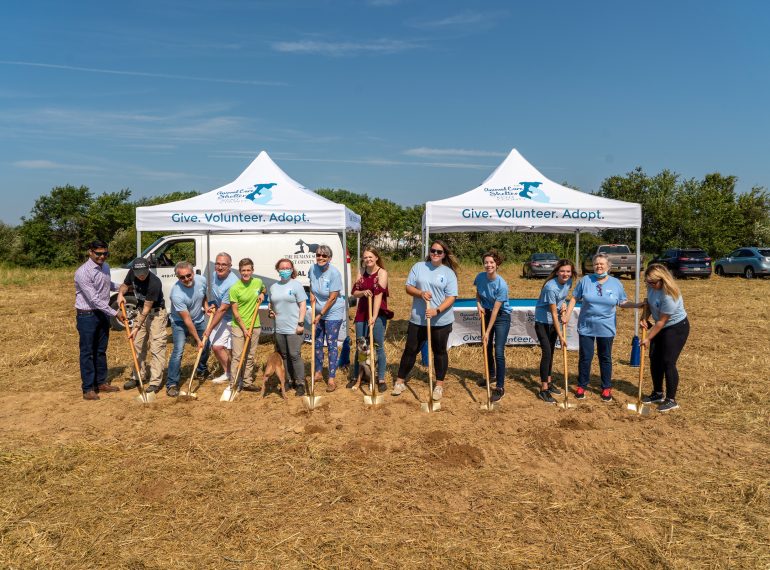 The new facility will be situated on five acres, at 10168 Worton Road in Chestertown. The shelter will be two-and-a-half times larger than ACSKC’s current building. Beyond increased housing for more animals, the shelter will offer a full range of services, including adoptions, admissions, animal control, Trap-Neuter-Return for feral cats, on-site veterinary care and educational programs.

ACSKC is a private 501(c)3 nonprofit that has served Kent County’s homeless animals and its community since 1962. It is the only animal shelter and animal control organization within the county, providing for a population of over 20,000, although many adopters come from all over.

As an open-admission shelter, ACSKC housed over 600 animals in 2020. The organization has expanded beyond its spot on the Eastern Shore, however, partnering with other shelters across the country in areas prone to natural disasters and with high euthanasia rates.

“We help pull animals from high-intake shelters, those that serve areas with more surrendered animals coming in faster than they can adopt out. As a result, many animals are euthanized due to running out of space,” said Eric Reynolds, Director of Animal Care and Control. “Pulling animals also helps local residents find a companion that fits their lifestyle, as we have a variety of breeds and sizes to choose from. We do this under the motto of ‘an empty kennel is a chance to save a life’.”

The new shelter will be located on Worton Road, just down the road from Lockbriar Farms. With 5 acres, there’s plenty of space for our dogs to receive their daily enrichment!

The fundraising goal for the new shelter totaled $6.9 million, including a million-dollar endowment specifically appointed to cover operating expenses. While some are surprised by the amount, it illustrates the true cost of proper animal care when physical and mental health are prioritized—a standard that cannot be sufficiently met within the shelter’s current 59-year-old building.

ACSKC suffers from multiple outbreaks of preventable diseases each year due to an inadequate air quality control system. When an animal becomes sick, they are unable to be adopted until they recover. This forces the animal to prolong their stay at the shelter, which adds unnecessary stress on the animal while also putting other, healthy animals at risk. The new facility will feature a specially designed ten-zone quality air system, nullifying the transmission of illnesses that afflict the current shelter’s animals.

The new shelter will also house a medical center, creating space for Kent County’s community of dedicated veterinarians to care for animals in-house for routine medical attention. This works to reduce the stress put upon animals from frequent trips to the vet while providing a more cost-effective and time-efficient solution for staff—a major and much-needed upgrade from the shelter’s current, insubstantial space for conducting medical exams.

Melancholic metal and chain-link kennels will not be replicated in the new shelter. In their place will be plexiglass doors outlined in sound-proofing materials to subdue barking and other inherent shelter noises. These kennels will lead into individual play yards for the dogs to enjoy regular outdoor activity, and the cats will have ample room with spaces individually designated for sleeping, eating and taking care of business.

The shelter will also gain a fully furnished food prep area with dish sanitation equipment—something that nowadays would be considered standard that ACSKC has had to go without.

Executive Director Richard Keaveney, in brief remarks, recognized the nearly five years of planning achieved by the dozens of stakeholders and professionals who dedicated themselves to the project. “The new shelter, with its many new programs, would not have happened without the passion and hard work of my predecessor, Jane Welsh, who improved the standards of service and initiated our journey to become the no-kill shelter ACSKC is today,” he said.

The new facility was designed by experts in shelter architecture, Animal Arts of Boulder, Colorado. KRM Construction, based in Chestertown, is to lead construction. Civil engineering will be provided by DMS & Associates, LLC, of Centerville, Maryland.

ACSKC has their sights set on a ribbon cutting ceremony in the fall of 2022—just in time for the shelter’s 60-year anniversary.

The organization has raised over $5 million to date in gifts and pledges. Those wishing to contribute to the new shelter can donate at kenthumane.org/give or contact Executive Director Richard Keaveney for more information at rkeaveney@kenthumane.org. 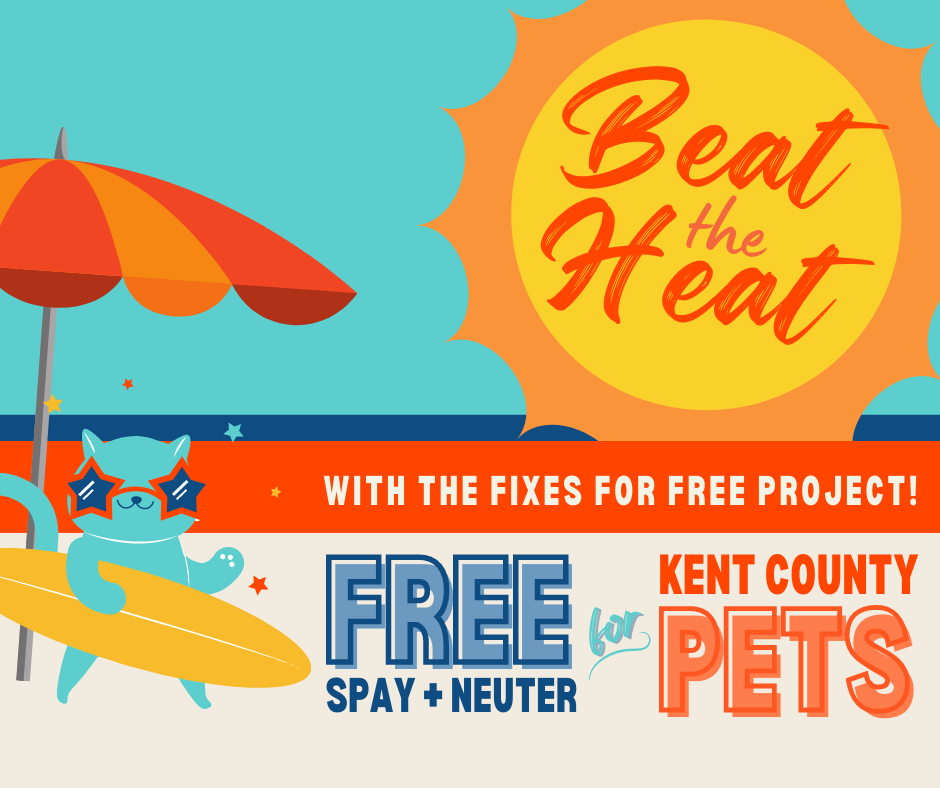